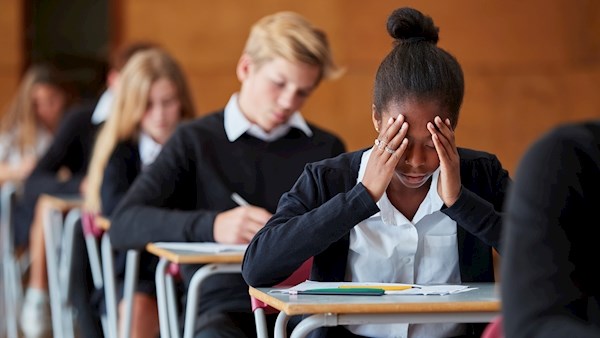 As a systemically trained family psychotherapist, much of the work I do is with families in crisis.

Whether that is due to separation, addiction, or mental health issues, the family can come under pressure from many facets of modern life.

However, over the years, I have found working with families who are homeless or in the process of becoming homeless some of the most problematic to work with because of the utter devastation it brings.

Homelessness impacts children in many different ways, and the disturbance to a young mind due to the pressure it places on their psyche is not discussed enough in the media.

I have seen it first hand in my clinic, children struggling to manage daily life because of the relentless uncertainty they have to navigate.

Not knowing where you will be sleeping from day to day places a huge burden on the family.

And surely, in today’s Ireland, we can come up with a ore progressive answer to the issue than transient hotel accommodation.

The Government declared in January that “it shall be the first duty of the Government of the Republic to…secure that no child shall suffer hunger or cold from lack of food, clothing or shelter, but that all shall be provided with the means and facilities requisite for their proper education and training as citizens”, which all sounds incredibly promising and hopeful, but the cold facts are that the amount of homeless children in 2019 reached an all-time high of 3,800.

In my experience of working clinically with homeless children, the issues they experience manifest themselves in the classroom.

Often children act out in class due to the pressure they are under.

One child came to me because they were constantly getting into trouble in school.

The parents were desperate because they felt their son was going to be expelled.

They described school as being the one constant in their unsettled lives, living in a hotel room, and they were terrified this, like everything else, was going to be taken from them.

In my discussion with the family, it became immediately obvious that the situation they were in was taking an incredible toll on all of their mental health.

The hotel they had been moved to was more than 20km away from the boy’s school.

They didn’t have a car so getting there was a huge ordeal.

In my conversation with the young boy, I was struck by what he had to endure on a daily basis.

He described his accommodation as a prison. There was no place to play except in the corridors with older children.

They were not allowed cook food so they were eating fast food every night.

And there was absolutely no privacy, as two adults and three children had to share the one living space.

The sense of confinement was tangible. The boy was close to collapse and his family was really struggling to hold it all together.

School was the one place that his parents felt that he was getting any sense of normality.

But when I talked to the boy about school, he delineated how desperately he was trying to hide it all from his peer group because of the shame he felt.

Was it any wonder the boy’s frustrations were manifesting in negative behaviour in the classroom?

His commute was arduous and exhausting. He had to take two buses just to make it into school.

I was very struck by how resilient and driven the parents were to make sure their son went to school every day.

As part of my work with this family, I was invited into the school to talk with his teachers.

They described the very visible change that had come over the young boy in a very short space of time.

He had become increasingly oppositional and didn’t engage with the other children in the class.

It was obvious that he was struggling.

In one of my conversations with him, he said, through tears: “If I wasn’t around my family wouldn’t have to worry so much.”

He saw himself as a burden.

Children internalise everything and can so easily blame themselves for the situation the family is in.

The work of organisations such as Focus Ireland is incredibly important because they force the issue into public discourse.

This is simply not good enough considering the number of homeless children has risen by 70% since the last budget.

My wife worked as a home school liaison officer for a DEIS school for five years and I could see the pressure she was under because of the difficult cases she was working with on a daily basis.

The frustration she felt with the system and with transient accommodation was an ongoing challenge.

It really wasn’t until I met that family and heard their story that I can say I truly began to understand what my wife had been talking about.

The health of a society can be gauged by how we treat the most vulnerable.

Children, forced into hotel accommodation, are suffering. So, our society is not a healthy one.

The Government must come up with a viable plan that will support these families as they navigate the current crisis they are in.

Until this happens, children will continue to suffer.

Hoarding is far from harmless titillation on TV

A topic that receives a lot of coverage in the media is that of hoarding. We are...

In last week’s column I discussed sleep deprivation.  I looked at why we ...