My 13-year-old son has changed a lot in the last year. He was always easy going and had loads of friends but now I find he doesn’t want to go out and spends far too much time in his bedroom. He also tells me that he is anxious and he has recently stopped going to school.

He is very irritable too. I really don’t know what to do, I’m afraid if I force him to go to school I’m doing the wrong thing but I have to work so staying at home is not an option.

He has started to ask me to home-school him, but that’s not an option. He always enjoyed school and he had loads of friends, I’m worried he is isolating himself.

It is so hard to know what to do. Can you give me any advice?

It sounds like your son is experiencing a challenging time. When a teenager begins to isolate him or herself from their peer group, it is important to question what are they trying to block out. Has there been a change in his peer group? Often when a teenager suddenly starts to change his behaviour or routine, a rupture in a peer group may be the root cause.

You said he had many friends before, is it possible for you to ring the parents and find out if anything has happened? But this has to be accomplished in a very sensitive way.

If he feels you are intruding in his personal space, it could further isolate him from you. So, proceed with caution.

And yet, if he is pulling back because of his circle of friends, perhaps they will know why he has started to avoid them? A sensitive conversation with them might help you figure out the best way to support your son.

You described some interesting symptoms — you said he is irritable and refusing to go to school. In my experience, a huge problem facing parents of teenagers, at the moment, is school refusal.

Does your son game? If so, are the games in his room? Is he allowed his devices in his bedroom? Do you have a technology policy in the house?

What I’m noticing at the moment is the fact that children are unable to go to school, not because of any serious mental dysphoria, but simply because they are on their devices during the night and are just too tired when the alarm goes to get up for school.

When you acquiesce and allow him to stay at home, does his mood improve? If it does this will tell you something striking about the nature of his anxiety.

There is no doubt about it — gaming is a very serious issue at the moment. I give talks every week in schools on this issue and I find more and more parents turning up for the talks because they are really struggling to manage it in their house.

A question I often tell parents to ask themselves is: if your son/daughter wasn’t gaming or on their device, what would they be doing? The answer to this question can often bring us into contact with many of the reasons why gaming has taken hold in our household.

Make sure your son does not have his mobile phone in his bedroom.

He will argue this with you and tell you that he needs it for his alarm but pre-empt this by getting him a clock for the room.

Our technological devices emit a light known as ‘blue light’ which impacts our sleeping patterns. We all have an internal clock known as the circadian clock, which helps us to get up each morning.

The hormone melatonin, which regulates our sleeping pattern, is impacted by ‘blue light’. When that is depleted, it disturbs that circadian clock. So it is very important that your son is not on his device at night.

Also, research shows that if the phone pings, it is almost impossible not to check it, because dopamine is now being fired when it hears that sound from the phone. The fact that he is more irritable might hint at this issue being present for your child.

So a sensible policy for technology in the house might be the very thing that helps your child return to his normal life.

Also, your son has asked to be home-schooled. That seems to me as very telling. I would question him on this.

Find out exactly what would be different or better about staying home than going to school. This seems to hint at a fracture in his peer group.

As I said, a simple conversation with some of the parents you trust could really illuminate some key issues here.

We all go through peaks and troughs as we navigate the world around us. Sometimes we need a little help to get us back on track.

Your son seems to be in the middle of one of those moments. It is important to remain calm and not meet his anxiety with your anxiety.

I would also suggest making him go into school, if you remove the anxiety-provoking event without him facing it and understanding that it will naturally dissipate his opposition to school.

A sensible approach will really benefit him here. 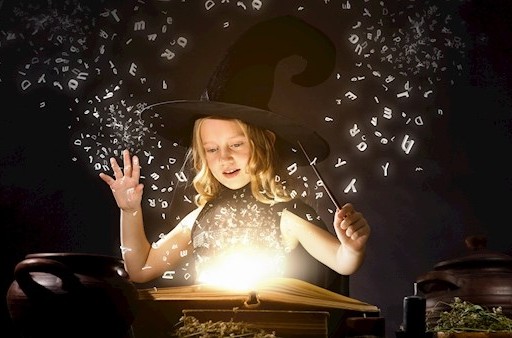 Freeing the kid inside is true Halloween magic.

Halloween is one of those special nights in a child’s calendar. Where nearly ...