Theorists suggest that family life, and what goes on behind closed doors, is a microcosm for society as a whole; conversely, it is argued that the ills of society manifest themselves in the family.

The health of the family is an indicator of the health of society. Interestingly, we have the lowest divorce rate in Europe, at only .6% of couples.

A complexity of factors feeds into that statistic. Ideologies and discourses inherent in our society, and how family law goes about its business, all impact on our ideas about the family and what family life should be like.

But whichever way you look at it, the traditional nuclear family has dramatically changed. There were 759 same-sex marriages and 21,262 opposite-sex marriages in 2017.

Many couples decide not to get married and there are increasing variations on what shape a family takes, such as single-parent families and same-sex parental families.

The age profile of those getting married has shifted, too. In the mid-1960s, the average marrying couple were in their mid-20s. Now, couples are marrying in their mid- to late-30s. So, couples are getting married later and having children later. Also, there is greater diversity in people’s expectations. Men are no longer the sole earners and there is greater sharing of domestic roles, such as childcare and house work.

While many of these changes have had a positive impact on the family, others have damaged or ruptured its ecology. And the rupture does not find too much expression in our society, but it’s there; its muted presence often finds a voice in my clinic. I regularly meet women in the therapeutic setting who are overwhelmed by the amount of work placed on them to keep the family going, both financially and emotionally.

These expanding expectations often place huge pressure on women, because even if they have a full-time job, they still tend to take on the bulk of domestic duties, not to mention caring for their elderly parents.

And to express this, they feel, would garner derision from other women. You could question my right to talk about a woman’s role in the house, but I see it and hear it so loudly in my work.

Women are placing incredible strain on themselves to be everything to everyone within the family unit. Has the thing that was designed to free women from being colonised by men actually worked against them?

I have had this conversation many times in therapy, women reluctantly expressing their desire to be at home more with their children.

They are reluctant to utter the words because they expect some sort of backlash for expressing an idea that is meant to be anachronistic.

Equality is about having the choice to do what you want and what’s best for you and your family and not about fulfilling someone else’s idea of what your life should be like.

I am not suggesting that I believe a woman’s role is in the house or that a man’s role is to be the breadwinner.

They are constructs that need to be debunked, but if a woman wants to stay at home and rear her children herself, she should not have to worry about pressure from other women because she feels she is letting them down; and because she doesn’t want to throw away all those years in college and climbing the corporate ladder to now stay at home.

But there is nothing simple about staying at home and rearing children; it is the most challenging and rewarding job you can do.

And what if a man wants to stay at home and rear his children, does he become a source of derision? In most cases, I would say he does. And what does that say about us and how far we’ve progressed?

With children spending increasing hours in childcare and after-school services, it is easy to assume that the family is in crisis, and this can also be viewed as a fundamental threat to the stability of society.

Because, as I said, society and the family are linked. Of course men need to step up here, too, and look at the amount of pressure on their partner in the house.

Men have had a very clear role over the years and now that is shifting and the expectations on them, as to what they should be like as a partner and father, have evolved dramatically.

The family is the most complicated system we have, and it has become far more complicated by how our societies have progressed. But in all that complexity, there must be room for tradition and simplicity, too.

Being happy isn’t a magic trick, it takes hard work

HAPPINESS can be such an elusive concept. What does it truly mean anyway? When ... 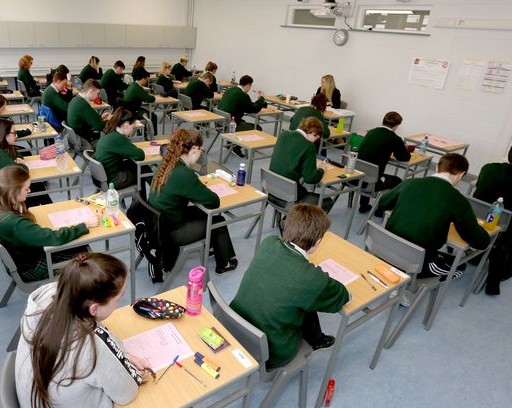 Irish Mirror article about Richard Hogan: ‘Top therapist tells parents how to keep calm and encourage their kids ahead of Junior and Leaving Cert’

As exam pressure mounts ahead of the Junior and Leaving Cert next month, parents...