A topic that receives a lot of coverage in the media is that of hoarding. We are surrounded by a multitude of different programmes exploring the impact it has on the life of someone suffering with the disorder.

I think we are fascinated with it because we all, at times, hold onto things we know we will never need or use again, so we can understand some of the reasons why people hoard and we are intrigued to see what can happen on the other end of that spectrum.

Hoarding is the compulsive desire to hold onto things that may or may not have value. What separates a hoarder from someone who likes to collect objects is the sheer volume of what is held onto and how it impacts negatively on their everyday lived lives. For example a collector is generally proud of their collection. It is organised and they budget for what they can and can’t procure.

Whereas with hoarding the person consumed with the pathological desire to hold onto things is generally embarrassed over the nature of what they are holding onto. It is not organised and intrudes on their ability to live their life. The irony of hoarding is that it is often undertaken to alleviate anxiety however, as with many of the activities we do to prevent something from happening, it can further exasperate the feeling it is attempting to satiate because the hoarder can find themselves being further isolated from family members due to their persistent reluctance to give up the behaviour and thus become increasingly more anxious, therefore getting caught in a desperate cycle of negative behaviour.

Our behaviours are often rooted in a paradoxical paradigm and that is why it can be so difficult to break a certain pattern of behaviour. To anyone else looking in, like a family member, it can almost seem like the manifestation of insanity but to the hoarder, excessively holding onto items can help relieve those negative feelings they are labouring with. So understanding what the feeling is that hoarding is attempting to ameliorate is significant if there is going to be a successful outcome to the issue.

There are many reasons why someone might become a hoarder and in the extreme It can signify the presence of a metal health issue. People who hoard often also hoard animals. So, a living space can become very difficult to manage.

Over the years, I haven’t had too much contact with the issue but I did have a client come to me last year because they were very concerned about a particular family member who had started to exhibit signs that they were excessively holding onto objects.

The family was clearly very distressed about this development and yet they were powerless because the hoarder didn’t want to join the therapeutic conversation.

Often the behaviour is rooted in early childhood trauma so accessing a service for the person suffering with the issue is important. The programmes on TV often delineate it as some sort of choice the person is making but in reality it is another obsessive compulsive disorder that can be symptomatic of mental dysphoria.

What are the signs someone is hoarding:

While programmes on TV tend to make hoarding seen like a harmless activity, the lived experience of someone experiencing the condition is quite different. It can intrude on their ability to live a healthy and normal life and for family members it can be very unsettling to watch a loved one literally build a wall around them with rubbish. If all of what I’m describing sounds familiar, It is important that you don’t try to fix the situation by cleaning the house as this would probably cause more harm than good.

Throwing everything away won’t remedy the underlining condition and it will only serve to sever your relationship with the hoarder. And that is not desirable because the further isolated they become the more they delve into the habit.

So staying in contact is very important. It really is about figuring out what the hoarding means for the person and the only way to unpack that is through therapeutic intervention. OCD, obsessive compulsive disorder, is a very common disorder and may be at the heart of this issue. If a family member is struggling with it, educate yourself on the topic and try to get them to see a mental health professional. 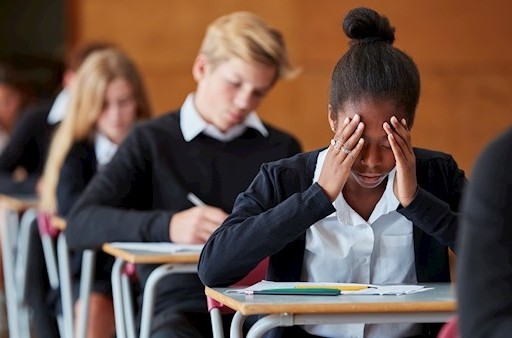 Understanding what triggers your stress is key

In our rapidly lived lives stress can come from many places. We have myriad, ...