IT’S that time of year again, where we analyse the year behind and speculate on the one ahead.

It can be quite an exhaustive process trying to wade through the meaning of our experiences, attempting to glean some understanding of it all in the hope it will help us successfully navigate the year that is yet to unfold in front of us.

I often have conversations at this time of year with clients who want to be happier and healthier in the New Year. Of course that is a desirable goal but people often find themselves in a type of conundrum — powerless, or so they think, to a futile repetitive pattern of behaviour or thought because they are caught chasing a phantom.

A question I like to ask when I’m therapeutically exploring the notion of happiness is; ‘what would being happy look like?’ I am often confronted with stuttering and long pauses. A question like that can really bring a client into contact with the very thing they have been unconsciously labouring with for so long. They have the idea of happiness, but they don’t know what being happy would actually look like.

We are all victims of propaganda — surrounded by agenda-driven messages. The artist and writer Percy Wyndham Lewis claimed the masses were “hypnotised into a sort of hysterical imbecility by the mesmeric methods of Advertisement”.

It is hard not to agree with Lewis after observing the bedlam of last week, the pressure to spend money to make people happy and the disappointment when our gifts fail to garner the desired response. What is that? And why do we allow ourselves to get caught in it?

The most powerful propaganda, to paraphrase Goebbels, is that which permeates the soul without the person knowing they have been permeated. Advertising is a pretty transparent form of propaganda that we fall victim too, but what about the messages we don’t even see because we don’t know they are there.

Those messages are like that awful smell in a friend’s house. You wonder how anyone can live in that smell because, to your nose, it is so pungent but that family are oblivious to it, because they live in it, it is a part of them. And the unconscious messages that have ensnared us are like a bad smell you don’t even know is there. We have all been handed down messages that are present in our everyday lives that make us miserable.

That constant sense of unfulfillment, what is that? Where does it come from? And who put it there? That yearning you feel but you don’t understand what exactly it is you are longing for? What is that? The sense of wanting more or never having enough, where did that come from and what will satiate it?

The answer; moving the unconscious to the conscious. We have all been given ideas about perfectionism, materialism, aestheticism, maturation and so on. And in the words of Bob Dylan, ‘you gotta serve somebody’ but whom you decide to serve and allow to be your master will ultimately make the difference between living a fulfilled content life or a bitterly disappointed unhappy one.

If you are the person chasing perfectionism, that is going to stymie every ounce of your creativity and it will almost certainly paralyse you in fear because you’ll be terrified of making a mistake.

If your happiness is caught up in your looks, well that’s going to make the vast majority of your life unpleasant because you will be forever trying to keep the tide out with a spoon. It’s a futile exercise trying to defeat the signs of ageing and it will make you utterly unhappy. And who told you an ageing body wasn’t beautiful anyway? That’s one of those unconscious messages you have been given.

Learning how to think is really about developing insight into what you should be thinking about. We all have random negative thoughts, but it is having the awareness of what we allow to occupy our minds that will make the difference in your life this year. Let’s just say a negative thought creeps into your head.

You’ve always secretly longed to fulfil a particular dream and the thought, ‘I’d never be able to do that’ or ‘who am I to think I could do that? prevents you from achieving it. What do you do with that? Loneliness is often rooted in the false beliefs we hold, and these beliefs have been handed down to us by lonely people who lacked the awareness I’m speaking about here, so they passed them on.

So, when negative thoughts do pop up, and they will, you have to decide whether or not they deserve your time. If you see your life as a series of deficits you will never be able to view the true wonder in anything.

Willy Wonka told us ‘if you want to view paradise simply look around and view it’. It’s time to take back your happiness; paradise will be lost or gained through your ability to know what is important to think about.

This year the challenge is whether you want to view paradise or not. 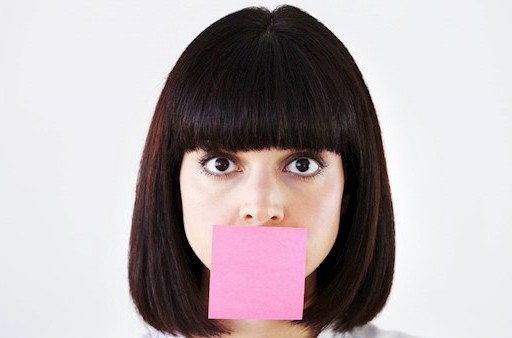 IT’S BEEN another bad few months for free speech. The recent treatment of the ... 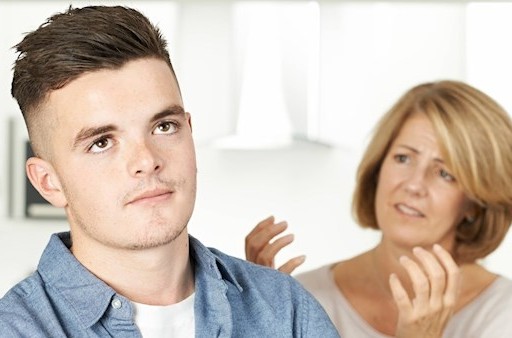 ‘Help! I’m afraid my son is being led astray by bad friends’

My son has started to hang around with a bad crowd and I’m worried about ...