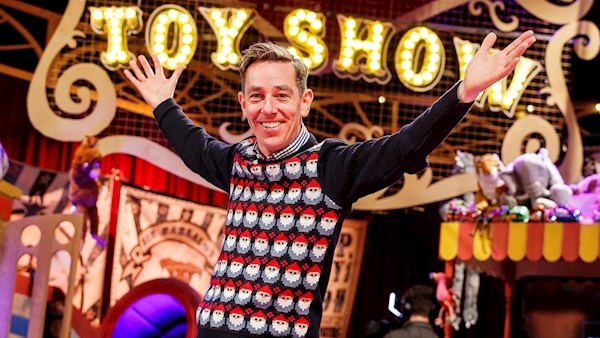 Television has brought us some truly wonderful and memorable moments: then US president John F Kennedy taking his first steps on Irish soil, in 1963; Riverdance’s debut, during the interval of the Eurovision Song Contest, in 1994; Roy Keane’s early arrival home from the 2002 World Cup in Saipan; then US president Barack Obama’s speech in College Green in 2011; and the myriad rainbow flags swirling around Government Buildings in 2015, to mention some.

However, nothing has captured like the final moments of this year’s ‘The Late Late Toy Show’ just how progressive Ireland has become. Two weeks ago, host Ryan Tubridy and RTÉ did more for inclusion in this country than any other programme that has gone before. ‘The Toy Show’ touches at the very root of who we are as a people and whom we aspire to be.

And this year’s show signalled where we are going as a people and we must all take our hats off to RTÉ and Mr Tubridy, because they have pointed us in the right direction.

I sat there, like so many parents throughout the country, thinking I would have to manage my children’s expectations about what they could put on their Christmas list. But something else happened. Something magical. As Ryan Tubridy tenderly interviewed the young, beautiful Sophie Barnes Aabo, a silence fell over us all.

My eldest daughter, Hannah, was so moved that she started to cry, because Sophie’s story brought us back into contact with a difficult time in our family’s life. When my youngest daughter was born, she had a very rare condition and spent the first three months of her life in hospital.

I never felt as vulnerable in my life. We were being constantly told by the doctors that things might not work out. My wife and I spent that summer in the Coombe Hospital, taking turns to go up and see our baby in the intensive care neonatal ward, while my other daughters waited in the coffee shop.

The siblings of sick children can rarely express themselves, because everyone is so motivated to support the sick child. But they suffer, too, and that’s what ‘The Toy Show’ illuminated for the country.

And when Sophie became overwhelmed by the love and support she was feeling from Ryan, and let out all the emotions she was holding, Hannah turned around, tears spilling out of her eyes. We all hugged, my youngest daughter looking at us like we had lost our minds.

Sophie’s and Cian’s story is the story of so many families this Christmas. But seeing it on our TV screens was such an important moment, because it is in that shared experience that we find strength, and when Ryan said to the emotional Sophie, “it’s healthy to cry,” he spoke to all of us and healed so many destructive messages we’ve received as men in this country.

It is not weakness to cry, but strength. As a psychotherapist, watching it all, I was impressed with the manner in which Ryan Tubridy helped Sophie come to terms with her brother’s illness. “If I was Cian, I’d want a big sister like you,” were perhaps the nicest words I’ve heard uttered on TV.

As the show moved on and our emotions settled, we watched a young girl proudly mention her same-sex parents, and then Sophia Maher’s story went straight to the core of what this show was really about. RTÉ had lied to us. This year’s theme wasn’t ‘Frozen 2,’ but, rather, inclusion. This was a celebration of difference.

Sophia’s story of being bullied because of her courage to embrace her identity would have really struck a chord with so many children across this country, who I see so often in my clinic: Young adults consumed with self-loathing because they are different. Ryan’s message that “bullies never win” was important.

But Sophia’s summed it up perfectly: ‘Life would suck if we were all the same.’ How true it is. And how wonderful that a show like ‘The Toy Show’ used its platform not only to entertain us all, but to educate us and attempt to ease the psychic scars in a country that has always found it difficult to talk about its feelings.

I wonder, when the lights went down and the set fell silent, did Ryan Tubridy understand the full impact of what had just taken place? I wonder, does he know what he has done for the future children of this country? The legacy of this show will last, incalculably, into the future. And as the last notes of Slade’s Christmas anthem rang out, I felt so proud to be Irish.

Badjao families spend most of the day together

Over the last four weeks, I had the privilege of hosting three members of the ... 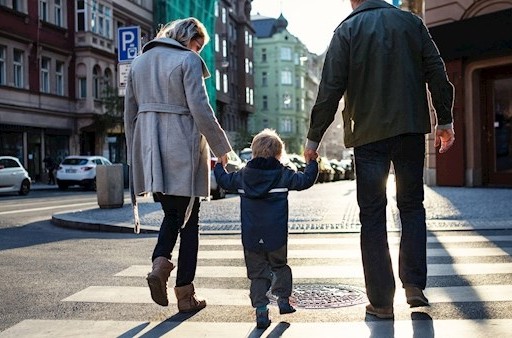 A child that can manage stress well is a resilient child.

I’M returning to the topic of resilience, because, out of all the issues I ...