Our nation, and maybe especially Dublin, the capital, is bracing for the devastation that this weekend’s St Patrick’s Day festivities leave in their wake. I have doubts about St Patrick’s Day.

For years, I have walked through the town the day after the celebrations and seen broken glass, vomit, blood, shop fronts defaced, and the odd random item of clothing strewn around, like a marauding army had gone through the place. And St Patrick himself, as a national figure and hero, needs addressing, too. But what I find most unsettling about this bogus holiday is the image we portray of ourselves for the world to see. Sure, buildings in New York City will have a green tinge for the day and there will be an impressive parade marching down Fifth Avenue, but, here in this country, how do we celebrate this national holiday?

We will have parades, but we have something else, too. For this weekend, as for the Junior Cert night and Halloween, there seems to be an amnesty on teenage binge-drinking. In honour of our patron saint, teenagers will find themselves vulnerable and in danger this weekend.

Why is it that visitors can come from all over the world and celebrate this holiday without getting mindlessly drunk or ending up collapsed on the side of the street? St Patrick’s Day brings into sharp focus the unhealthy relationship we have with alcohol. And perhaps, as parents, we have to look at this uncomfortable truth and ask ourselves: how do our children learn to use alcohol? I have often written about this.

Working with teenagers, both therapeutically and in schools, I talk more and more about the dangers of binge-drinking at such a young age. I am always taken back when I hear why they started drinking. They describe not wanting to feel left out, or the fear of being labelled ‘dry’ or ‘boring’, because they don’t want to drink. I also often hear them discussing how their parents talk to them about alcohol. And we must, as parents, confront our own self-deception around this serious topic.

Alcohol is a mood-altering, addictive drug. We cannot escape from this fact, no matter how we have been brainwashed into viewing alcohol as a positive social activity.

The consequences of the abuse of this particular drug are there for us all to see. Hospital accident and emergency rooms will be pushed to their limits next Sunday. Our streets will be filled with drunken young boys and girls, out looking for a good time, and in that pursuit will place themselves in considerable peril. Last year, gardaí launched a new campaign to prevent teenagers from carrying alcohol on public transport. And while this is commendable, it won’t have a big impact. We must change the social discourse around alcohol consumption, if we truly want to change how teenagers drink.

I am perplexed at how brewing companies are still allowed to advertise their product. The ubiquity of alcohol advertising is something we must look at, as a nation. What is the point in having gardaí waiting on buses and trains to catch teenagers drinking, when, all around them, the teenagers are being programmed to think alcohol consumption is normal and that it makes for a far more enjoyable evening? It’s about time our government actually tried to protect our children from these companies and brought in legislation that prevented breweries from connecting themselves to huge sporting events. How many times can they look away from the cold facts? When a teenager drinks, the potential for risky behaviour dramatically increases. The figures show that teenage binge-drinking is at almost epidemic proportions.

I never ask myself: ‘why do teenagers drink?’ I ask: ‘why wouldn’t they drink?’

Alcohol promotion is everywhere: in our sporting events, on buses, on billboards, on TV, on the internet. It’s everywhere. So why is the Government so slow to do something, when many other countries have acted to protect their children already? I’m not talking about a nanny state here, but sensible legislation that stops the propagation of the false narrative that drinking alcohol is harmless fun. We need more education in the school system, and the practice of Guinness, an alcohol company, having its name sprawled on every goal post in the Six Nations rugby championship has to end. Our children deserve better. And we deserve better from our Government. Increasing the number of police on Patrick’s Day is like throwing a bucket of water over a forest fire. How about actually dealing with the issue for once and cutting the problem off at the source, so we don’t have a fire in the first place? Maybe that might mean standing up to vintners, and god knows we wouldn’t want to do that. 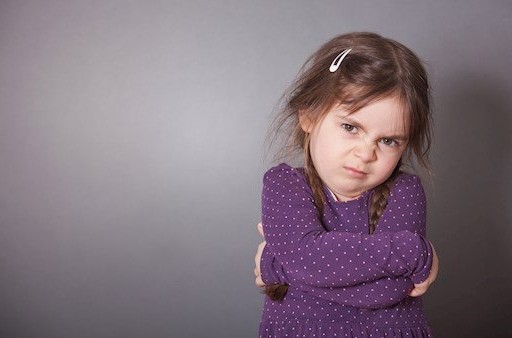 Saying ‘no’ often means giving them much more.

Saying “no” to your child can be a very difficult thing to do, especially when ...