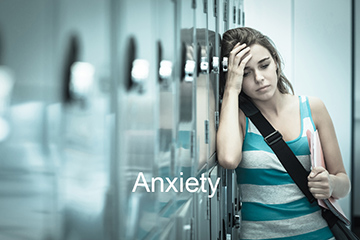 We all get nervous or anxious from time to time. That is a normal facet of our lives. Whether it is speaking in public, for example, studying for an exam, or just facing the every day stresses that the slings and arrows of life throw at us. For some of us, however, anxiety becomes so frequent, or so forceful, that it begins to take over their lives. People with Anxiety Disorders often have a tendency to expect negative outcomes or to feel a loss of control over upcoming feared situations. Richard Hogan was recently published in the feedback journal where he described anxiety as ‘something that can become desirable in a persons life, they come to view anxiety as the thing that will bring about a desired outcome, so therefore being anxious is a necessity for the person, so they can not fix it because they hold the belief they need it in order for a positive outcome to be likely.’